For the majority of schools, colleges and universities across the world, written examinations are the primary method for evaluating a students capabilities. However many have argued the effectiveness of standardised testing on determining a student’s grade.

Many a debate exists on whether written tests assess a student’s understanding of the subject or simply their ability to memorise facts. I can atest to this, as when I first moved to Spain I didn’t yet speak the language and yet still managed to pass all my classes, despite not understanding what the teacher was saying during classes. How did I do this? I simply memorised the necesary information from the chapters that we would be tested on. I was able to pass entire subjects just by regurgitating paragraphs of information that I had memorised, quite often not even understanding that which I was writing in the exam!

Another argument to back up this theory is the number of times I have heard students say that only a week after an exam, they had forgotten the majority of the material they were tested on. The current education system generally evokes the same response from most students – they attend class, listen to what the teacher has to say and then a week before the exam, they begin to revise/cram.

This is not an effective way to study, as it does not allow your brain to properly process all the information you’re taking in. This is proven by the fact that students are more likely to remember information taught by a professor who regularly sets tests, quizzes, projects, assignments, etc. When students are forced to study week by week in case of a surprise test, they’re processing that information bit by bit, and therefore more likely to remember it further on down the road.

Another good point is that which refers to the stress caused by end of term, written exams. Many a study has shown that students who feel under pressure and stressed, due to an exam that’s worth half of their final grade, actually perform worse than their more relaxed peers. Stress and anxiety can cause a wide range of health problems, from sleepless nights to depression. Can anyone honestly say that a standardised test is worth the consequent health problems it inflicts onto students? 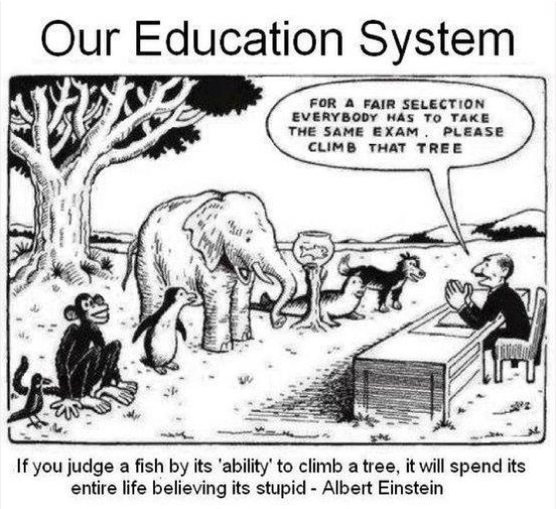 It’s common knowledge that not everyone tests well. More than once students who have shown promise throughout the academic year (those who actively participate in class, complete all assignments, read the supporting literature, etc.) have ended up with a worse exam mark than a fellow classmate, who has failed to even show up to all the lectures. Why is this? The majority of the time it’s due to the second student’s superior ability to cram. But this doesn’t necesarily mean said student has learnt more than the first, or even that he is more intelligent. It simply means that the first student doesn’t test as well as his fellow classmate.

In my opinion, although exams may be described as a fair and uniform way of testing a student’s knowledge on a subject, I don’t think they need to be quite so foreboding. It would make more sense to me to set several exams per subject and have these worth part of your final grade, along with evaluation questions completed during class, assignments and projects. That way a singular final exam wouldn’t determine if you pass or fail a subject, and this would by default reduce the amount of stress students currently experience before exams.

Nikki Adeli discusses her experiences and opinions on standardised testing: