How many of you hate with a passion that moment at the end of an exam when you’re frantically trying to write down an answer, whilst the lecturer attempts to pry your exam from your hands? There’s nothing worse than being forced to give in an exam, knowing that there’s a question not answered in full. You find yourself brooding over that point you should have had if only you’d been allowed five more minutes to finish. 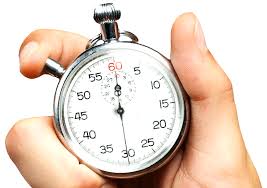 The thing that really annoys me is that there is no reason for exams to be timed so exactly. I mean sure, I understand that an exam has to have an approximate time limit and that a professor can’t just stand around for hours on end, whilst the last student sits at their desk praying for an answer they don’t have. However, if a student is clearly answering a question, where’s the sense in preventing them from completing their answer?

Supposedly it’s to prevent cheating, that if an exam has a time limit of an hour, any competent student who has studied the material sufficiently will be able to complete the exam in the time set. The problem with this theory is that it doesn’t consider the individual. Not all students write as fast as each other, some students get very nervous and need time to calm themselves before starting an exam,  whilst others take longer to compose their answers and make them sound more intellectual. There are a hundred different reasons why two students could complete the same exam within different time periods, and yet still get the same grade.

By giving one student an extra five minutes to finish an exam isn’t favouritism and it doesn’t necessarily mean that the student is cheating either. It just means that they’ve answered the question a bit slower than their classmates. Now some teachers reason that if a student doesn’t complete the exam within the set time period, then it means they were not ready with their answers. But in all honesty, what does it matter if one student takes two minutes to answer a question and another takes 4? As long as they both arrive at the right answer, surely that’s what’s important – that they’ve studied and know the material.

At the end of the day, a student who hasn’t studied isn’t going to get the right answer whether you give them 60 or 65 minutes, however those five minutes could be the difference between getting an extra point or not for a student who is dedicated to the class. So really, strict time limits aren’t aimed at the right people. They don’t prevent lazy students or deter cheaters, they just stress out the studiers!